EDEN GAMES has been specialised in the design and production of racing games for 25 years.

As the creator of the V-Rally, Test Drive Unlimited and Gear.Club franchises, the team is now developing several new games for Mobile and Next-Gen Consoles.

With the support of world-class publishers such as Apple, Electronic Arts and Microids, Eden is currently creating new types of games to include car-games for core gamers and arcade players.

We are a smart development company mixing talented, passionate and community-driven developers making racing games for the players and sharing core values!

ownership
be bold and be proud of your work!

innovation
push the boundaries even further! 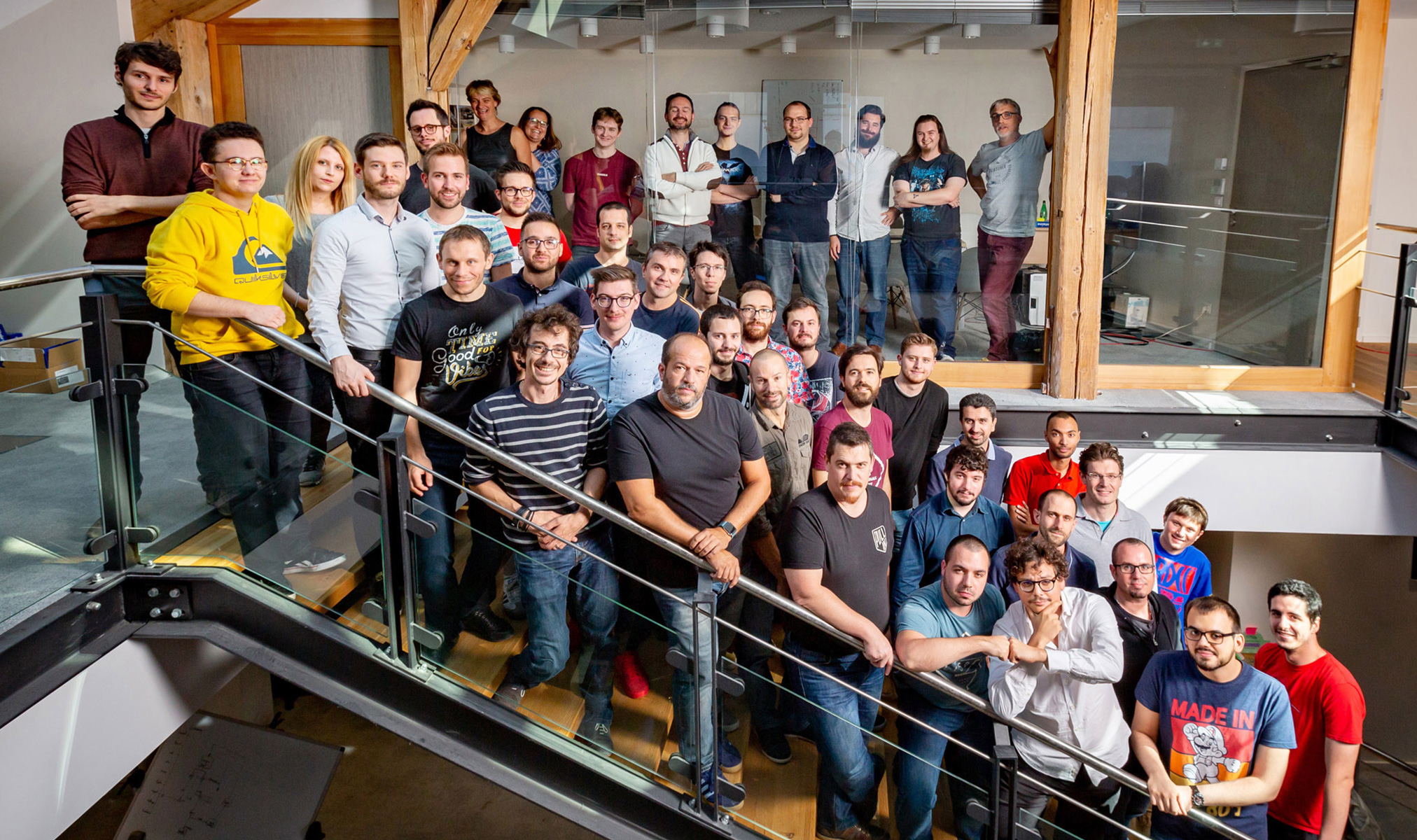 EDEN GAMES, based in Lyon, France, was founded in 1998 to develop motor racing simulation franchises.

There have been two key stages in the studio’s development:

After a new start, the Company has focused on its racing expertise by creating a new franchise Gear.Club, while also building a partnership with Codemasters and Electronic Arts on the F1® Mobile Racing project.

EDEN is currently working on a number of ambitious, innovative car-games projects available on all the new market platforms.

Eden Games has operated both as an independent studio and also as a subsidiary of famous Publishers such as Apple, Electronic Arts and Microids. We are now part of the Animoca Brands Company.

EDEN GAMES is led by two of its founders, David Nadal and Jean-Yves Geffroy. The team is currently made up of experienced developers and highly motivated young people united by their passion not only for motor racing but also for the latest technologies and creatively-designed video games.